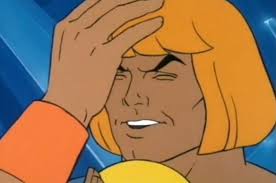 The second is not recognizing soon enough when the business needs to change. And again, even if you don’t own a business this can be applicable to you when you think about maybe you need to change jobs or change something you’re doing, whether it’s the house that you own or just the car that you own. There might be something that’s really kind of holding you back financially and it’s better to recognize that sooner rather than later. In my case there’s just been some times where I’ve operated a business that wasn’t optimal and was essentially costing a lot of money and kinda stifling growth a little bit. In my career when I first started out in financial planning I was with MassMutual and I have nothing bad to say about the company. I really liked even the guys in the local office, the St. Louis office was great, good bunch of guys. They really take care of people. I have no issues with them or with the company at all. But as I look back and reflect on that time there, I realize that it just wasn’t the best business model for me personally and that’s okay. But as I reflect, it probably would’ve been good for me to realize that sooner rather than later. It would’ve saved some money, let’s put it that way, and saved a little bit of time and stress.

I would encourage you if you’re owning a business and running it to step back for a minute and reflect on your business. Is there something that’s not running optimally that you can improve? It could be maybe some overhead costs that you don’t need. It could be the customer experience isn’t the best or at least what you expect it to be and maybe that’s holding you back. It could also be how you’re marketing the business. Are you telling the story well? There’s likely something in the business that can be improved that will make your life a whole lot easier, you’ll make more money, you’ll save more money. Customers will be happy, all those things will add up to a big difference for you and your business.

So that’s been one of my big mistakes, just not realizing soon enough that something needs to change and that’s both a good and bad trait. I’m stubborn but it also means that I’m persistent so I will tend to push through and really try to make things work. And sometimes that’s good, sometimes that’s bad, because sometimes what I’m trying to push through maybe shouldn’t work. So I’d encourage you in that light to step back a little bit because you need to look at this a little bit from the outside looking in and look at your business. Is there something that you think could need even just a little tweek or is it something that needs a major change? I point these out to say yep, I make mistakes just like everybody else. The importance is for all of us not to worry about making mistakes or feel bad about making mistakes. Mistakes happen, we all make them. The important thing is not that we make the mistake, it’s how we respond to that mistake that we’ve made. What do we do, how do we act, what is our response, and how do we essentially get back up again and keep moving forward and make things even better.