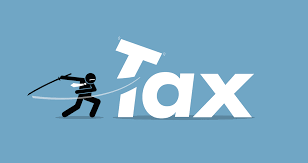 When we plan for retirement, one of the strategies that can be counter-intuitive, but extremely powerful is looking at Roth IRA conversions, especially in the early years of retirement. When I say it can be counter-intuitive, it’s hard to think about paying a lot of taxes now to save on taxes later. A lot of people want to delay taxes, they just think I don’t want to pay taxes right now, I’d rather just hold off and keep deferring that until a future date. Makes sense just thinking about it, but a lot of times when you sit down and really analyze the numbers, it can make more sense to actually pay taxes now to better your situation over the long-term.

This is a key component to our retirement planning for a lot of clients. What we find is that even though they might pay some higher taxes now by doing a conversion from a traditional IRA to a Roth IRA, when we look at the retirement picture after doing so, it provides a lot of longevity protection. And if you do live a long life, it can really make you a ton of money and increase your portfolio values over that time. Now, there’s always a break-even point. Like anything, if we’re looking at a 20, 30 year period, there’s going to be a break-even point at which it makes sense. So if we do a Roth conversion, let’s say in your mid to late sixties, depending on your situation, maybe the break-even point is that once you live past your mid eighties, let’s say 85, now you’re on a path to make more and more and more money every single year because you decreased your tax burden. And we’ve seen a lot of situations where the difference is a half a million dollars, or even close to $1 million, it really depends on the specific situation of each client, but this is a big deal.

That’s why I want to bring this to you. So you can understand that sometimes what we might just intuitively think is the right answer, when we sit down and calculate it and actually do the projections and look at taxes over the long-term, over several decades, even though we may not know exactly what the tax rates will be and what all the tax situations will be even a couple of years from now, much less 10 or 20 years from now, we can still look at this and say, okay, if we pay the taxes now, how much is that going to be? And then what is the tax savings going to be over a long period of time, given some certain scenarios to plan for? And again, what we find, especially if we’re worried about taxes going up in the future, which is, in my opinion, pretty likely to happen, just given everything that is happening right now. If we look at a situation where taxes are going to increase in the future, this becomes even more important to understand and to plan for in retirement.